Top 5 Most Memorable Moments from the Spring Travel Season 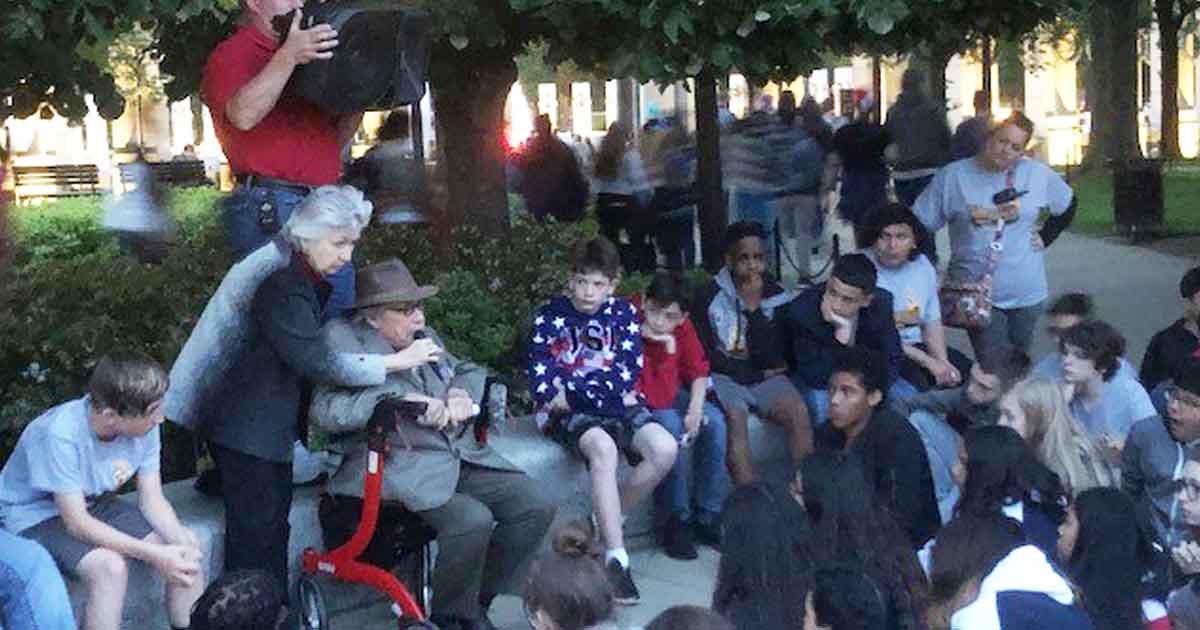 This season has already been full of thrilling adventures, lightbulb moments and memories that won’t soon be forgotten. Check out our top five most memorable moments from the spring travel season.

Lieutenant Ewing recounted stories of being shot down over Austria and held as a POW. After flying over 20 missions and receiving degrees in Architecture and Urban Planning from the University of Pennsylvania, Lieutenant Ewing was recruited by the USAF to redesign 20 air bases in England. This including Lakenheath and Mendenhall to accommodate the “new” jet aircraft. Thank you for your service, Lieutenant!

Seeing 67 people take their oath of citizenship at the Illinois state capital.

The educator who led the trip recounted that the students were so excited to catch the Illinois State Capital in session. “It's such a different experience and I was glad that we were able to time it up.” The students ended up at the Old Capital on a day when 67 people were taking their oath of citizenship—a priceless memory. The student group also happened to catch a day when the reenactors were out in droves at New Salem, giving a real glimpse back at history.

Parent chaperones got in on the fun with Blue Man Group.

Blue Man Group performances always push the envelope when it comes to creativity and poking fun at societal norms. One student group got a real treat when two of their chaperones were brought on stage to be part of the Blue Men’s routine. “One of our moms is now nicknamed the Twinkie Lady,” said the educator, who added that this made an already memorable day even more unforgettable.

Various student groups paid their respects at solemn places including the 9/11 Memorial & Museum, Arlington National Cemetery, and the Tomb of the Unknown Soldier.

One group took the time to find a grave of one of their student's great grandfathers at Arlington. Afterwards, they had a moment of silence at the Pentagon for the relative of student who was killed at the Pentagon on 9/11. The group also took the time to find relatives names on the Vietnam War Memorial wall and get etchings of their names for the students to take home.

Another group had two students participate in the wreath laying ceremony at Arlington. The grandfather of one of the students guarded the Tomb of the Unknown Soldier during his service. “It was such a meaningful event for the entire family. We were able to Facebook live the event so the grandfather could watch from home,” the educator on the trip said.

The 9/11 Memorial & Museum was another group’s unforgettable experience. After seeing the memorial pools and the underground museum, students were moved to tears while learning and reflecting on the lives lost. The educator who led the trip shared that the addition of the museum to their itinerary “took the 9/11 experience to a whole new level.”

Students got to meet a Radio City Rockette and sing inside theatres at Lincoln Center and Julliard.

New York City was bustling for these students. Not only did they tour Lincoln Center and a portion of Julliard, but they were also able to sing inside a theater in each! “They were over the moon to do that, as well as stand on the stage where the Rockette's perform at Radio City Music Hall, and meet a Rockette,” the educator said.

The students also took part in some Broadway workshops and got to meet and get autographs from all the lead actors in Frozen. For some students, this was their first Broadway show experience—and one they’ll never forget.