Music and Theatre - Chicago Style! Chicago is our kind of town. OK, it happens to be our hometown too! We can't think of a better way to inspire your students than with the theatrical opportunities in Chicago. Whether you want a day trip or theatrical tour of the arts, Hemisphere Educational Travel will put together an experience that will earn you a standing ovation.

Our popular one day Chicago theatre tours include a chartered motorcoach, lunch and tickets to a Broadway show. We can also customize overnight and multi-day tours to Chicago. Contact us today for your customized quote!

**Currently, masks are strongly encouraged but not required.  Proof of COVID 19 vaccination is not required.  Protocols may change without notice.  Please visit broadwayinchicago.com/covid19 for the most updated information.

To get an idea of the types of trips we offer, please check out a sample itinerary below.

Chicago - CIBC Theatre - January 17 - January 29, 2023
After 25 years, CHICAGO is still the one musical with everything that makes Broadway shimmy-shake: a universal tale of fame, fortune, and all that jazz, with one show stopping song after another and the most astonishing dancing you’ve ever seen. No wonder CHICAGO has been honored with 6 Tony Awards®, 2 Olivier Awards, a Grammy®, and thousands of standing ovations. As we celebrate our 25th anniversary —you’ve got to come see why the name on everyone’s lips is still…CHICAGO. CHICAGO is recommended for ages 13+

Les Misérables - Cadillac Palace Theatre - February 15 - March 5, 2023
Cameron Mackintosh presents the acclaimed production of Alain Boublil and Claude-Michel Schönberg’s Tony Award-winning musical phenomenon, LES MISÉRABLES. Set against the backdrop of 19th century France, LES MISÉRABLES tells an enthralling story of broken dreams and unrequited love, passion, sacrifice and redemption–a timeless statement to the survival of the human spirit. The magnificent score of Les Misérables includes the songs “I Dreamed a Dream,” “On My Own,” “Bring Him Home,” “One Day More,” “Master of the House” and many more. Seen by over 130 million people worldwide in 53 countries and 22 languages, Les Misérables is undisputedly one of the world’s most popular musicals. LES MISÉRABLES is undisputedly “one of the greatest musicals ever created” (Chicago Tribune) breaking box office records everywhere in its 35th year. LES MISÉRABLES is recommended for ages 6+ 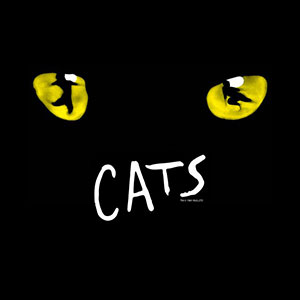 Cats- James M. Nederlander Theatre - February 21 - February 26, 2023
Rediscover CATS—the beloved musical with breathtaking music—including one of the most treasured songs in musical theater, “Memory.” Featuring new sound design, direction and choreography for a new generation — experience CATS for the first time as it begins a new life, or let it thrill you all over again! 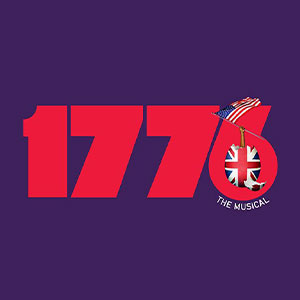 1776 - CIBC Theatre - February 28 - March 12, 2023
What will it take to get two dozen powerfully passionate, exceedingly complicated, and all-too-human individuals to settle their differences, while they hold the very future of a nation in their hands? American Repertory Theater at Harvard University/Roundabout Theatre Company’s new production of the Tony Award-winning Best Musical, 1776, is a tuneful, witty, and constantly surprising reexamination of a pivotal moment in American history from directors Jeffrey L. Page (Violet) and Diane Paulus (Waitress). 1776 comes to Chicago with the celebrated Broadway cast that reflects multiple representations of race, gender, and ethnicity. You may never think about our country—who we are and why—the same way again. 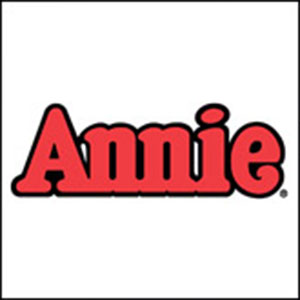 Annie - Cadillac Palace Theatre - March 7 - March 19, 2023
Holding onto hope when times are tough can take an awful lot of determination, and sometimes, an awful lot of determination comes in a surprisingly small package. Little Orphan Annie has reminded generations of theatergoers that sunshine is always right around the corner, and now the best-loved musical of all time is set to return in a new production – just as you remember it and just when we need it most. ANNIE, directed by Jenn Thompson, features the iconic book and score, written by Tony Award®-winners Thomas Meehan, Charles Strouse and Martin Charnin. This celebration of family, optimism and the American spirit remains the ultimate cure for all the hard knocks life throws your way. 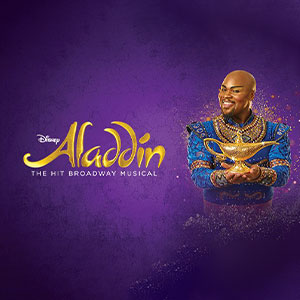 Disney's Aladdin - Cadillac Palace Theatre - May 17 - May 28, 2023
Disney’s ALADDIN, the hit musical based on the Academy Award®-winning animated film, opened on Broadway at the New Amsterdam Theatre to critical acclaim on March 20, 2014 and quickly established itself as one of the biggest new blockbusters in recent years, breaking 14 New Amsterdam Theatre house records; worldwide it has welcomed more than 10 million people and grossed over $1 billion. Disney’s ALADDIN, adapted from the animated Disney film and centuries-old folktales including “One Thousand and One Nights,” is brought to fresh theatrical life in this bold new musical. Aladdin’s journey sweeps audiences into an exotic world of daring adventure, classic comedy, and timeless romance. This new production features a full score, including the five cherished songs from the Academy Award-winning soundtrack and more written especially for the stage. DISNEY’S ALADDIN is recommended for ages 6+
© 2021 Hemisphere Educational Travel