Beginning May of 2025, every state and territory resident of the United States of America will need to present a REAL ID compliant license/ID, or another acceptable form of identification, for the following:

The card must be REAL ID compliant unless the resident is using an alternative acceptable document such as a passport or passport card, Global Entry card, or state-issued Enhanced Driver’s License. The Act does not require individuals to present identification where it is not currently required to access a Federal facility (such as to enter the public areas of the Smithsonian) nor does it prohibit an agency from accepting other forms of identity documents (such as a U.S. passport or passport card).

Travelers who do not present a REAL ID-compliant license or acceptable alternative beginning May of 2025 will not be permitted through the security checkpoint.

More information may be found at: https://www.dhs.gov/real-id

REAL ID-compliant cards will have of one of the following markings on the upper top portion of the card. If the card does not have one of these markings, it is not REAL ID-compliant and won’t be accepted as proof of identity in order to board commercial aircraft. 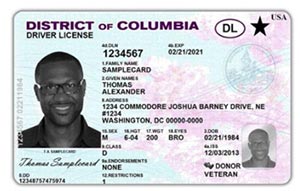 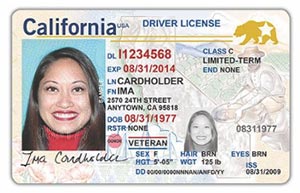 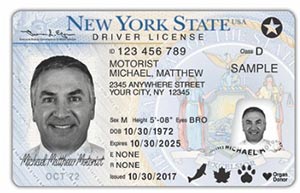