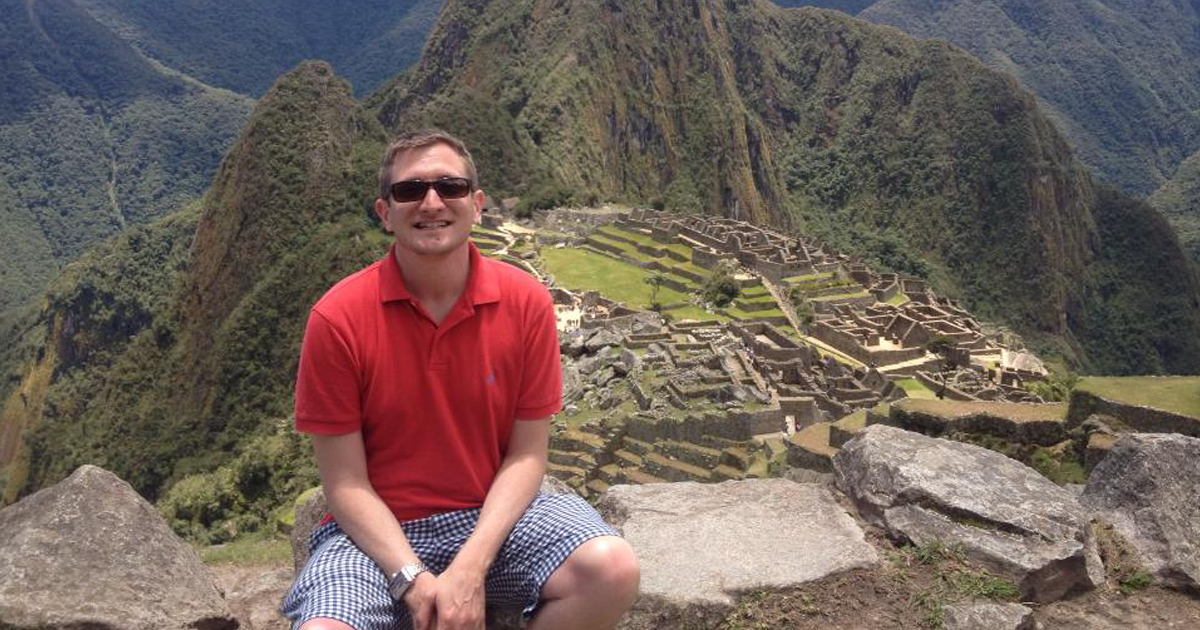 Danny Lewandowski joined Hemisphere Educational Travel in 2005. Since then, he has worked his way to Senior Account Executive and recently took on the role of Supplier and Client Relations Executive.

What is your favorite part about your job?

I love the end product of a tour. It’s very rewarding to see the results of months of hard work pay off in the appreciation of the students and teachers. I hope that what we do opens people eyes to the world around them and inspires them to travel in the future. Places like Washington, D.C., and New York City may not be “another world” to you and me, but they are to a lot of people in this country.

Where is your favorite destination?

I make a point to see as much as I can when I travel to a destination, because once I check off the box, it’s on to the next adventure. However, Hawaii is a place that I will go back to again and again. I have never felt so at home and relaxed.

What’s your most treasured travel memory, or the best thing you’ve learned while traveling?

I’ve had so many great travel experiences, but so far my favorite was in Hawaii. While swimming with dolphins in the middle of the Pacific, a humpback whale and her calf came within 100 feet of where we were. Everyone else swam back to the boat; I swam toward the whales. It was one of the most emotional and spiritual experiences of my life. Don’t try this at home!

What is your favorite souvenir from traveling?

I saved just about every boarding pass from almost every flight/train/ship since I started traveling in 1998, and they’re all in a box in my office. One of these days, I’ll do something artistic with them.

If you were stranded in an airport, what three things would you want with you?

A pillow, my phone and a good book.

If you could run into anyone famous—fictional or nonfictional, historical or mythical—during travel, who would you want to run into?

I’d really like to take a long train ride with Bobby Kennedy. Everything I’ve read about him paints him to be “the real deal.” He was committed to social justice, improving the lives of the poor, ending racism and bringing peace to the world.

What is your favorite mode of transportation?

Train. The trains in Europe are so convenient—hardly ever delayed, and you can go anywhere with connections.

What destination on your bucket list do you most want to visit?

Australia—and I’m trying to get there soon, for my 40th birthday. I expect it to be a long and intense trip with several of my friends and family.

What’s your favorite activity while traveling, or something you’ve always wanted to try?

My great-grandparents were immigrants from Central and Eastern Europe, who came to the U.S. in the 1920s and 1930s. I would really like to do a genealogy tour of Germany and Poland to see what I can dig up.

What do you love about travel?

I am a firm believer that so many of the problems in this world would be solved if more people traveled and experienced life outside of their comfort zone.

I’ve toured grand palaces of Europe and seen unbelievable poverty in South America. Many of us have no idea how good we have it. Traveling has opened my eyes to different cultures and traditions—and while the details may be different, we are all just trying to surround ourselves with fun, friends, family and love.