A Queen Takes the Reins at Medieval Times 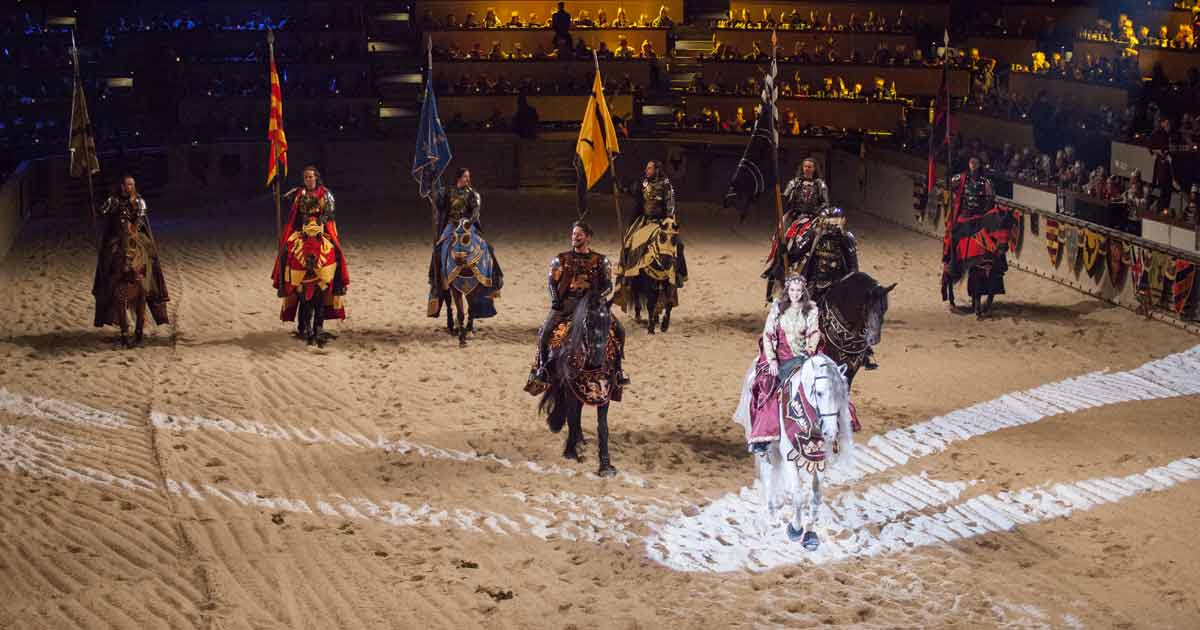 In the 34 years that Medieval Times has been in business, a king has always been at the forefront of its productions.

In a major break from tradition, the iconic dinner theater show now features a queen as sole ruler of the land.

Doña Maria Isabella—who inherited the throne at the passing of her father, the show’s previous king—is cast as a firm, but kind ruler. In the performance, she oversees a tournament to find the best knight in the kingdom.

The company developed the idea to cast a matriarch, based in part on guest feedback noting they would like to see women have more significant roles.

“Where previously our female characters played in more supportive roles, we are now showing a woman fully in charge—a woman whose authority is sometimes challenged, but she quickly rises to the occasion as a strong leader, squelching opposition,” said Jon Speier, senior vice president and general manager of Medieval Times.

Jousting, fighting, horsemanship and swordplay remain central elements of the performance. And the show is still accompanied by a four-course meal that guests eat with their hands.

The new script, however, ushered in a series of significant changes—among them more than 700 new costumes; 200 new suits of armor, shields and helmets; new fight scenes; and new music created by composer and jazz pianist Dr. Daniel May, who scored Everest and other films.

The new performance, first launched in Dallas, Texas, in October 2017, will be presented in all nine Medieval Times locations in North America by this summer. It will also be presented at the company’s newest castle, in Scottsdale, Arizona, when it opens in early 2019.