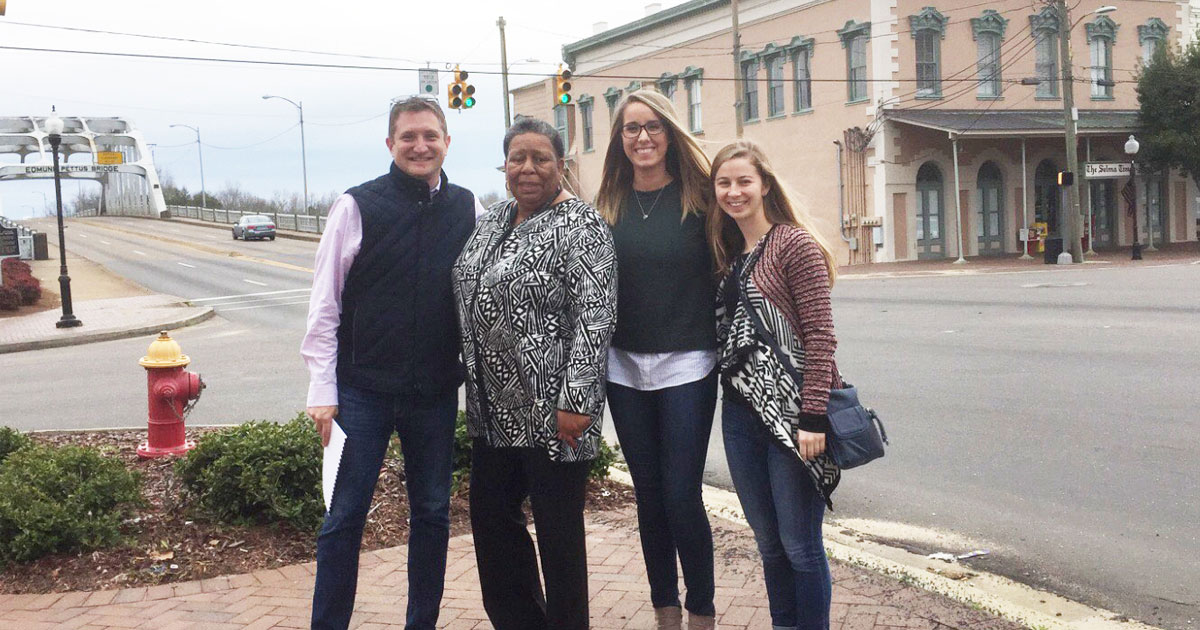 One of my favorite and most interesting parts of my career with Hemisphere Educational Travel is itinerary development. Visiting new sites, working out timing and meeting the people involved is fun and rewarding.

Hemisphere recently developed an itinerary based on the American Civil Rights Movement. In February, I brought along two coworkers to assist in the site selection, timing and routing. While we were more than ready to work out the logistics of the itinerary, we were not necessarily prepared for the emotional experience that lay before us on our four-day tour of Alabama and Atlanta, Georgia.

After arriving in Birmingham, we were met at 16th Street Baptist Church by Barry McNealy, Education Programs Consultant with the Birmingham Civil Rights Institute. McNealy, a former AP U.S. history teacher, took us on a guided tour of the church and walked us through a timeline of September 15, 1963—the day the church was bombed by members of the Kul Klux Clan and segregationists.

In addition to the more than 20 injured in the bombing, four girls—Addie Mae Collins, Carol McNair, Carole, Robertson and Cynthia Wesley—were killed in the bombing. We saw the room where the bomb was detonated, which is now a kitchen; the stained glass window that only had the face of Christ broken out from the bomb’s concussion; and the new stained glass window of a crucified black Christ, a gift from the people of Wales.

The park’s significance centers on the first week of May 1963, when student demonstrators protesting segregation were confronted by Birmingham police and fireman with police dogs—and then by fire hoses. For the first time, images and video of civil rights violence was internationally broadcasted, bringing instant attention to the struggle in Alabama. The park offers an audio tour explaining the symbolism imprinted in the park’s construction, but you really need the aid of a guide like McNealy to bring the events of that week to life.

Moving across the street to the Birmingham Civil Rights Institute, we continued the tour. The institute allows for a self-guided experience, but docents are stationed throughout and guided tours are available. The exhibits offer an overview of the Civil Rights Movement and set the tone for what we would see later on our tour. Artifacts are well displayed and the timeline easy to follow. “White” and “colored” water fountains displayed in museum collections are still jarring to me, but as I rounded a corner, I saw what to me is the most frightening symbol of the hatred surrounding the Civil Rights Movement: the Kul Klux Klan robe and hood.

As we continued our tour, I learned one of the many obscure—but important—details of the civil rights movement.

I had always thought Rosa Parks to be someone who was just tired and fed up with segregation and who, on the spur of the moment, took a stand. Yet Parks was already known to be an activist and had already played important roles in the Montgomery struggle. She did, however, have inspiration that particular evening when she refused to give up her seat—she thought of Emmett Till, a teenager who had been lynched in Mississippi earlier that year. 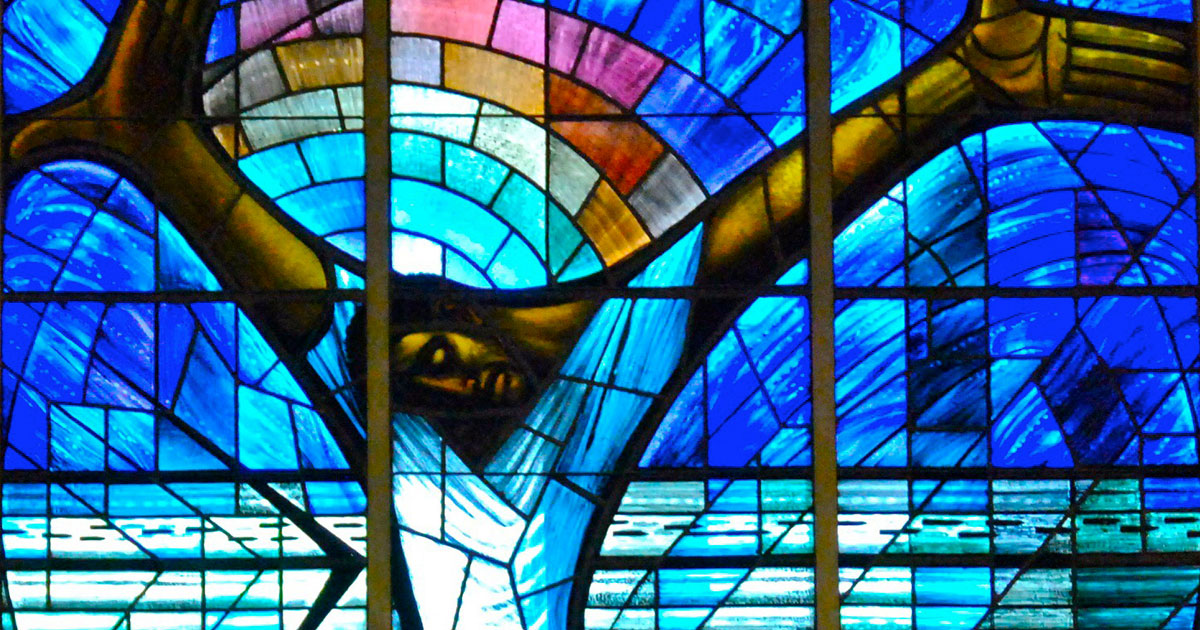 The next morning, we left Birmingham for Selma.

I was very excited to enter the city through the main drag. I knew we’d have an unobstructed view of the Edmund Pettus Bridge—where the iconic Selma to Montgomery march began. Today, it’s a symbol of the Bloody Sunday of March 7, 1965. I’m sure I stopped breathing as it came into view. As a lifelong history buff, this was something to check off my bucket list.

Before our visit to Alabama, I was not exactly sure whom we would be meeting at our site visits. It did not immediately occur to me that I was shaking hands with Joanne Bland—a then-11-year-old participant in the Selma to Montgomery march for voting rights.

It “clicked” when another visitor said in passing, “Hey it’s the lady from the video.”

Indeed, it was the lady from the video.

As a preteen, Bland had been an organizer for the Student Nonviolent Coordinating Committee. Before that day in 1965, she had been arrested 13 times for her involvement in the civil rights movement. She was our tour guide for Selma.

Our first stop on the tour was the Brown Chapel African Methodist Episcopal Church, site for many mass meetings and starting point of many historic marches. Many names were noted on one of the historical markers outside of the church. Bland pointed out that she doesn’t like anything with a list of names, as there are always those involved who don’t make the list.

Further along on our tour, we ended up at the Old Live Oak Cemetery. Bland commented that she does not typically visit the cemetery, but has groups request a stop. The cemetery is beautiful. There are magnolia trees with dangling moss as far as they eye can see—but it becomes very obvious why Bland does not include the cemetery on her typical tour.

In the center of the grounds stands a granite obelisk with a Southern Cross of Honor. Graves of Confederate soldiers are buried to the south and are “protected” by cannons pointing north.

The most jarring aspect?

The numerous Confederate flags that encircle the monument.

The flags are not dirty. They are new. When asked when they were replaced, Bland tells us they are frequently rotated out. I develop a pit in my stomach. For the first time, it is apparent to me that the struggle for civil rights continues.

I cannot retell the stories and anecdotes that Bland shares with us. I cannot do them justice. They can only be shared by Bland and her staff of foot soldiers—those present during the march from Selma to Montgomery. I can only tell you that being in the presence of Bland is an experience I will never forget. 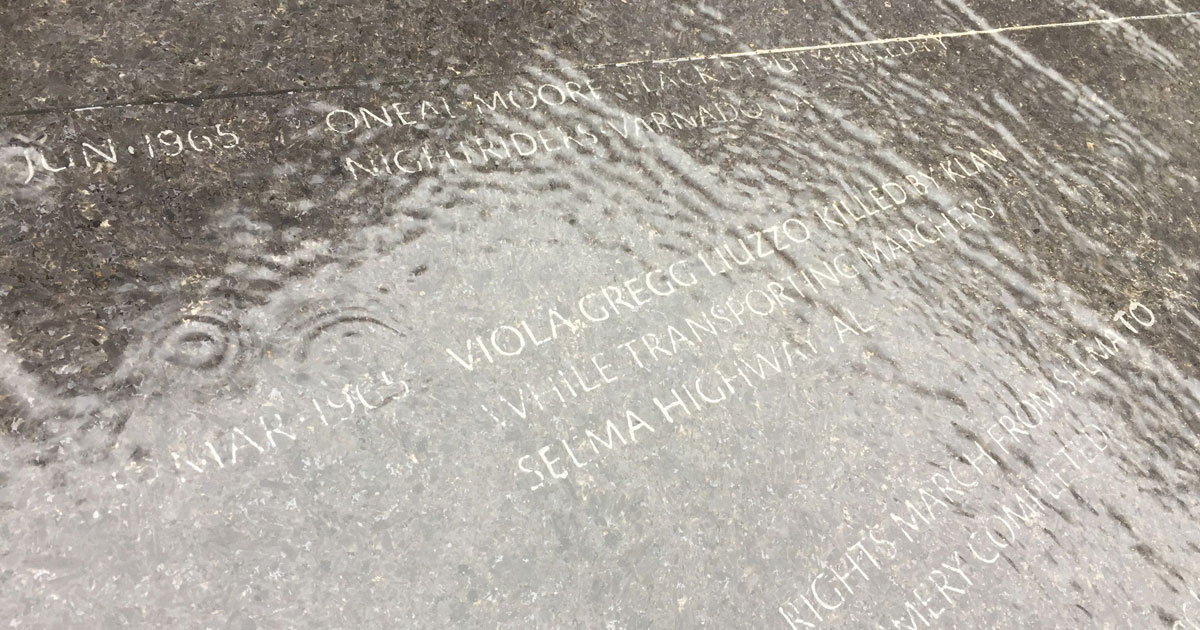 The next morning, we are met by Marion Winn from Montgomery CVB. We begin our tour at the Freedom Rides Museum, dedicated to honor and tell the story of those who fought to enforce the laws of desegregation on interstate public transportation.

Despite the Supreme Court ruling outlawing segregation, many cities in the South did not comply. Groups of black and white people would travel together on regularly scheduled bus service in protest of the noncompliance. The Greyhound bus terminal in Montgomery was the site of a violent confrontation between Freedom Riders and segregationists.

Our next stop is the Rosa Parks Museum, which tells the story of the Montgomery Bus Boycott that began with Parks refusing to give up her seat and the subsequent protest that resulted in the Supreme Court ruling to integrate bus service nationwide.

From the Rosa Parks Museum, we made our way to the Dexter Avenue Baptist Church, home to countless meetings and planning during the Civil Rights movement. Dr. Martin Luther King Jr. became the minister in 1954 and was recruited by civil rights leaders in Montgomery to lead the Montgomery Bus Boycott.

This little fact was astonishing to me. I find it amazing how seemingly small occurrences can be pivotal and lead to significant events in world history.

We end our tour at the Civil Rights Memorial. The memorial records the names of those who gave their lives for the cause of civil rights.

I see the name of Viola Liuzzo—a story I know well. Liuzzo was a white housewife from Detroit, Michigan, who traveled to Selma to assist in the march. On the night of March 25, 1965, she was assigned with the task of shuttling marchers from Montgomery back to Selma and was murdered by Klansmen after being seen driving with a black man.

It is here that the culmination of what I have heard, witnessed and experienced hits me like a ton of bricks. I am still emotional as I recall that day. I have physically felt the spirit of Liuzzo, especially in the wake of 9/11, the refugee crisis in Syria and most recently Parkland.

The final morning in Atlanta, we toy with the idea that maybe we should skip the Center for Civil and Human Rights. We are emotionally spent. We need a break, so we visit the Georgia Aquarium and see penguins march in the lobby, check out the resident whale shark, and take in the puffin exhibit. Then we head over to the World of Coca-Cola.

As we exit World of Coca-Cola, we realize that the Center for Civil and Human Rights is about 200 feet away. We are all feeling better after some lighter activities and decide to visit.

I am so glad we did.

The Center for Civil and Human Rights is a must-see at the end of our trip. It nicely ties together the American Civil Rights Movement with the current Global Human Rights Movement. The clean and sleek modern design of the museum seems to bring us out of the darkness as it sheds light on the struggles around the world today. The interactive exhibits help visitors gain a deeper understanding of human rights and how they affect each and every one of us.

This tour and itinerary might be the most important thing I’ve worked on in my career. It’s a relatively simple itinerary, but the places and people visited along the way are very powerful.

While we are students of history, we only know a small fraction of the story.

The people we met have been instrumental in allowing us to see past the headlines.