Broadway Shows to See This Fall 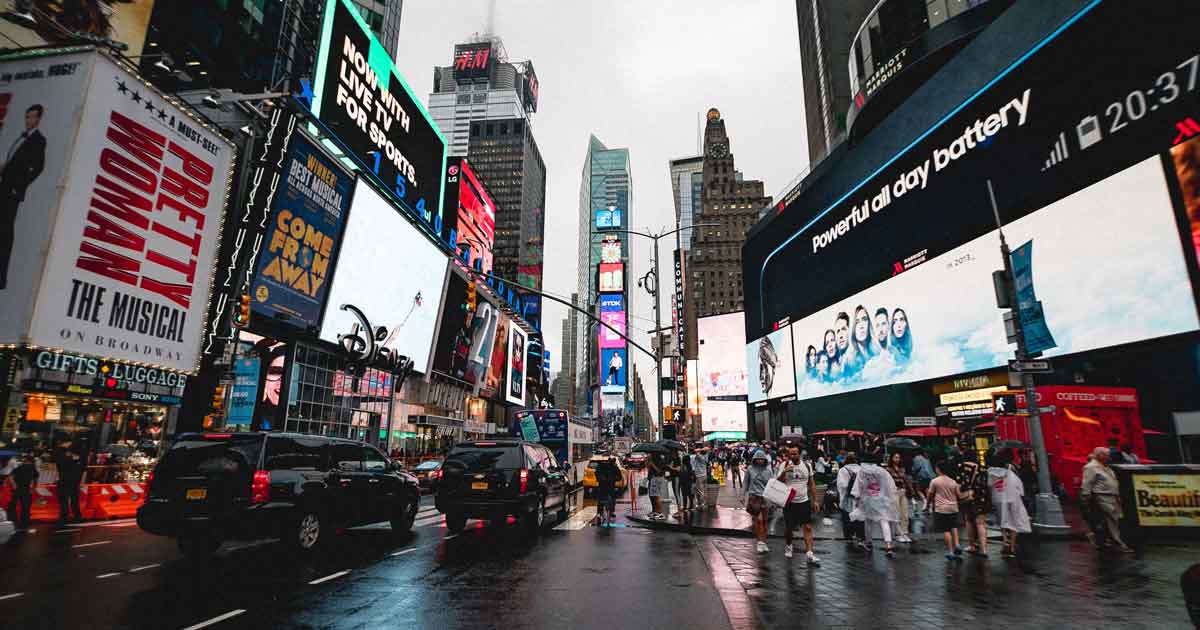 It’s no secret that Broadway in New York City consistently offers some of the best performing arts experiences in the whole world. This fall, keep these must-see options top of mind—from highly-anticipated mythic tales to the unmistakable harmonies of Motown, and more.

Five guys. One dream. And a sound that would make music history. Ain’t Too Proud is the electrifying new musical that follows The Temptations' extraordinary journey from the streets of Detroit to the Rock & Roll Hall of Fame. With their signature dance moves and unmistakable harmonies, they rose to the top of the charts creating an amazing 42 Top Ten Hits with 14 reaching number one. The rest is history—how they met, the groundbreaking heights they hit and how personal and political conflicts threatened to tear the group apart as the United States fell into civil unrest. Ideal for ages 12 and up.

Welcome to Hadestown, where a song can change your fate. This acclaimed new musical by celebrated singer-songwriter Anaïs Mitchell and innovative director Rachel Chavkin is a love story for today ... and always. Hadestown intertwines two mythic tales—that of young dreamers Orpheus and Eurydice, and that of King Hades and his wife Persephone—as it invites you on a hell-raising journey to the underworld and back. Mitchell’s beguiling melodies and Chavkin’s poetic imagination pit industry against nature, doubt against faith, and fear against love. Hadestown is a haunting and hopeful theatrical experience that grabs you and never lets go. Ideal for ages 8 and up.

What if popularity came in a pill? Would you take it? In Be More Chill, achieving the “perfect life” is possible thanks to mysterious new technology—but it comes at a cost that’s not as easy to swallow. Thrillingly exciting and comically subversive, this new musical takes on the competing voices in our heads. And ultimately proves, there’s never been a better time in history to be yourself. Ideal for ages 12 and up.

Harry Potter and the Cursed Child

It’s 19 years later. Harry is a father—and Ron and Hermoine are by his side for an exhilarating new adventure. From the minute you enter the theatre, you’ll be immersed in this magical world. And every moment of this singular experience will keep you on the edge of your seat begging for more. This epic two-part event brings one of the most iconic characters of our time to life on stage. Ideal for ages 10 and up.

Dorothy Michaels is the biggest sensation to hit Broadway in years. She’s talented, outspoken, and an inspiration to everyone around her. In fact, she’s too good to be true. Because squeezed into Dorothy’s sensible pumps is actually Michael Dorsey, an out-of-work actor willing to do anything for a job—even if it means playing way against type. Now, as audiences fall for Dorothy and Michael starts to fall for the woman of his dreams, he's learning that the hardest part of show business isn’t getting to the top ... it’s keeping up the act. Ideal for ages 10 and up.

Four stars are leaving the bright lights of Broadway to take leading roles in a small-town controversy making national headlines: a student just wants to bring her girlfriend to prom. Now her entire town has a date with destiny in this hilarious, huge-hearted hit that’s as much about listening up as it is about singing out. Ideal for ages 10 and up.

Which show will students see first?