The Lights Are Bright in Chicago 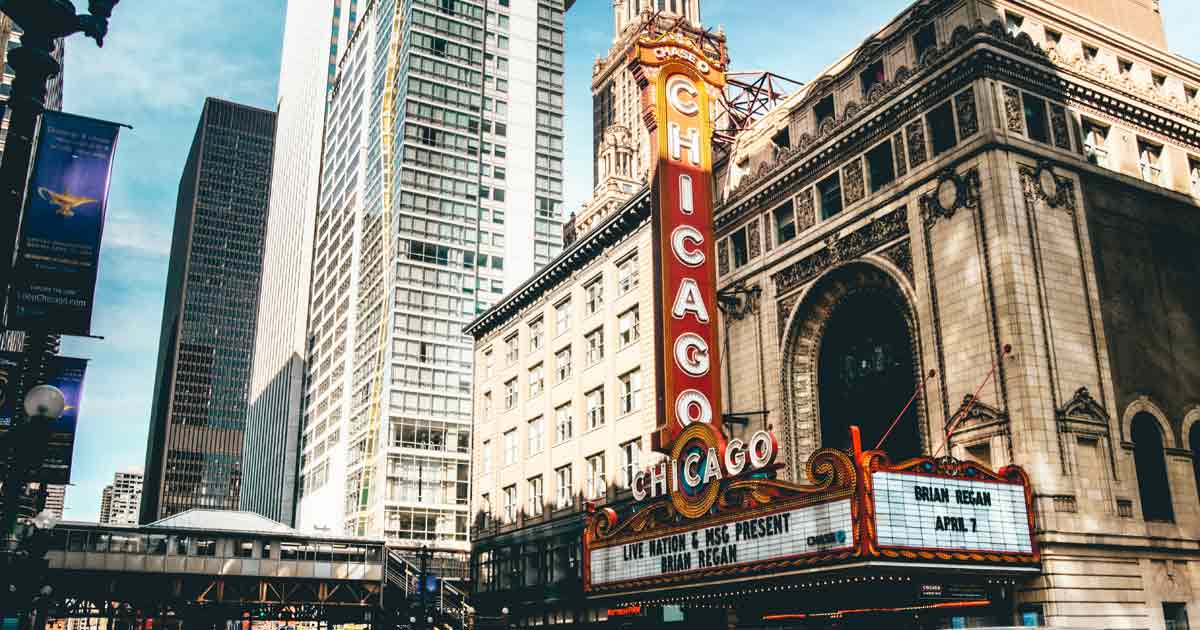 For many travelers, Broadway is synonymous with New York City. Yet the Broadway In Chicago lights are just as bright—with their own special shine.

Broadway In Chicago is one of the largest commercial touring homes in the country, with venues clustered throughout downtown Chicago’s robust theater district. In fact, many Broadway shows premiered first in Chicago, such as The Producers, Spamalot and Kinky Boots.

Noteworthy productions take the Broadway In Chicago stage every year. The 2018 – 19 season boasts performances of Heartbreak Hotel, Tootsie, Charlie and the Chocolate Factory, Hello Dolly, Miss Saigon and Dear Evan Hansen—a story about a high school senior with severe social anxiety who, after the death of one of his classmates, fabricates a lie that inadvertently brings him closer to his classmate’s family while allowing him to gain his own sense of purpose.

In a theater district boasting more than 200 venues, Broadway blockbusters are just the beginning.

And really, there’s no place like Chicago to crack up students. The Windy City is known as the home of improvisational comedy. Groups of performers at Comedysportz Theatre make up scenes and play games on the spot, based on audience suggestions—and it’s great for all ages. If a player steps beyond the boundaries of good taste, the “brown bag foul”—a brown paper sack placed over the offending player’s head—is called to set things straight.

Just outside the city in Schaumburg is Medieval Times. The dinner theater, set inside an 11th-century-style castle, showcases medieval games of skill, like jousting, performed by players who have trained as real knights.

Chicago boasts a large, varied and innovative theater scene. The lights are bright—on Broadway and beyond.